I have done a lot of constitutional and legal research and I will share some of this to see if we can answer the questions above.

The high court of Australia in Sue V Hill 1999 HCA 30 ruled, “At the very least, the Commonwealth of Australia was transformed into a sovereign, independent nation with the enactment of the Australia acts. The consequence of that transformation is that the United Kingdom is now a foreign power for the purposes of s44 (i) of the constitution”.

Six years after the Australia Acts in 2002 in the District Court of New South Wales the Judge said, ”Bear in mind that we are still a colony, effectively a colony of the United Kingdom, we still do not have a separate sovereign nation.

“When he was the Chief Justice of Australia Murray Gleeson wrote in a publication The Rule of Law and the Constitution (ABC Books 2000) at page 6…‘’the sovereignty of our nation lies with the people, both as a matter of legal principle and as a matter of practical reality.” 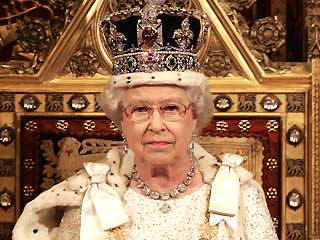 Our constitution is still to this day part of a United Kingdom statute, being clause 9 which has 128 sections. The first 8 clauses are covering clauses which we cannot change. Clause 8 is clear that we are a self governing COLONY.The Oath and Affirmation in the Schedule is also outside clause 9 and we cannot change these either.

I also have a reply from The UK foreign and Commonwealth Office London which states “The Queen, in her role as Head of State of the United Kingdom and such advised by British Ministers, has no executive power exercisable within the Commonwealth of Australia.”

They went on to say, “The monarch’s role as Queen of Australia is separate from her role in relation to the United Kingdom and in it’s fulfillment she is advised by Australian Ministers. Clearly they are two separate legal entities and nowhere does the constitution give the parliament the power to create a head of state. Clause 2 of the constitution which we cannot change is.”

The provisions of this Act referring to the Queen shall extend to Her Majesty’s heirs and successors in the sovereignty of the United Kingdom. This Queen, so say the Foreign & Commonwealth Office, can no longer give commissions to Governors or Governor’s General or anything else requiring executive power.

Halsbury’s Laws of England Second Edition VolumeV1 page 432 says, ”The King may not rule his subjects as King of any foreign country, but only as King of England and the dominions belonging thereto as expressed in the royal title.”According to the High Court Sue V Hill we are a foreign power. The Australian politicians passed the Royal Styles& Titles Acts in 1953 & 1973 creating the titular Queen of Australia and after 8 years of asking for the documents to show how the executive power was transferred to this Queen I can assure you they cannot provide them.All members of Parliament have sworn an oath as per the Schedule which is to the Queen of Great Britain and Ireland (A foreign power says the High Court)1) section 44 is clear if you have allegiance to a foreign power you are incapable of sitting in the parliament2).

They are also sworn in by a Governor General whose commission is given by the titular Queen of Australia.

This Governor General also issues the writs for elections, swears in the members of parliament and gives royal assent to their legislation to make it law.

Clearly Australia is a legal basket case totally relying on the Queen of Australia for legality.

I also requested from the UN in Canberra the documents Australia presented in 1945 to the UN to prove we were a sovereign independent nation, as is required to join the UN. As expected Canberra could not supply the documents and advised me to contact the UN in New York.

So have we illegally signed international treaties, or if we were in fact a sovereign nation in 1945 clearly under the United Kingdom’s laws (refer Halsbury’s laws) Queen Elizabeth the second Queen of the United Kingdom could never have had executive power in The Commonwealth of Australia.

There is much more evidence, however. I believe, if in fact the Constitution is valid legal law (as the parliament claims when it suits them) then we are still a BRITISH COLONY. Either way, our legal system is invalid relying as it does on the Queen of Australia. This gives us a golden opportunity to put things right but this would require Australians to get off their backsides and get behind those who are aware and trying to do what has to be done.